Join our team in the betting world an bet on our dedicated prediction for Villarreal vs Rapid Vienna. Below you will find the best betting tips for this main event in Europa League ! 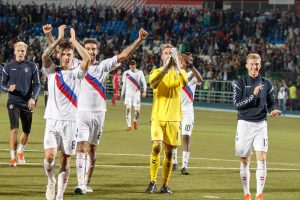 
He has one of the most modest season debuts in recent years and has been so poorly present both in the Championship and in the Europa League
In the first two rounds he got equal results with Rangers and Spartak, both confrontations being extremely spectacular
In La Liga he is only 16th, and his home has not yet achieved a victory.It comes after a pretty good evolution in the duel with Atletico Madrid, managed to get a draw
Bacca was injured in the duel with Atletico and is unavailable, just like Fuego, Soriano, Ruiz and Manuel Iturra
The probable team: Barbosa – Llambrich, Bonera, Alvaro, Pedraza – Funes Mori, Trigueros – Sansone, Fornals, Santi Cazorla – Ekambi


He currently has three points accumulated after his success in the inaugural round before Spartak
He then presented very modestly to Rangers and was defeated by 3-1 although at one point he had an advantage on the table
She is also struggling in the domestic championship, where she is the 9th place in the 12th
The weekend was humiliated by Hartberg away, being defeated at the non-showdown
As I read in the Austrian press, the evolution of several players is questioned because of the mild medical problems

There are two teams who are struggling in this season’s debut in domestic competitions, the shape of the moment being a modest one in both camps
As a value, Villarreal is undoubtedly superior, and the “yellow submarine” is forced to win this match after no success in the first two rounds
The hosts have an opponent with a modest defensive who has scored at least two goals in six of the last eight away games
As Villarreal has very good offensive players and Rapid will most likely look again in the defensive, I’m counting on the fact that the hosts will easily get the first two goals scored in this duel