Chelsea return to the field on Thursday, December 13, for the first time after getting their most significant result in the 2018/2019 season. You will face Vidi for the sixth – last – round of the Europa League group stage. The match will be held at Arena Groupama in Budapest, Hungary, and will start scheduled for 15:55 (Brasília time).The teams are part of the L key, which has only the English secured in the next phase and with the first place. They conquered the 15 possible points in the first five rounds scoring ten goals and suffering only one.Second place is divided by Bate and Vidi, who have six points. The Belarussians will face the PAOK, who has three points in Greece at the same time. Thus, there is even the possibility of a triple tie with the definition of the second wave being made in the goal balance.

This scenario is not favorable for Vidi, which is at a disadvantage in comparisons with PAOK and Bate. Thus, the Hungarians’ only hope for qualifying is to do something no one has done so far: to get at least one point from Chelsea. If they get the tie, they’ll have to hope PAOK hits the Bate. In case of victory, the equality in the other game will be sufficient for them to pass to the second stage of the Europa League.The result of the last game before the duel on Thursday for the continental tournament, however, was not encouraging. For the seventeenth round of the OTP Bank League, League Championship, Vidi, playing as a visitor, was defeated by Ujpest. He was stopped on 31 points (nine wins, four draws and four losses). In the second place of the table of classification, saw the Ferencvaros, who defeated the Mezokovesd by 3 to 2, to open advantage of eight points.What saved the week was the 2-1 win, also away from home, over Budafoni, for the Hungarian Cup. He secured his place in the round of 16. Now, Vidi will have ahead, this time in their domains, the Taksony, in a confrontation that will be held at the end of February.
Check the updated information about injuries and suspensions 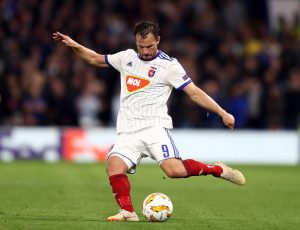 Chelsea also entered the field on Saturday, December 8, and achieved a significant result. At Stamford Bridge, he knocked down Manchester City, who had been unbeaten in the Premier League, scoring 2-0.At first, the result had only moral effect, since it did not provide rise in the classification table. Now with 34 points (ten wins, four draws and two losses), Chelsea remain in fourth place. The difference for Liverpool, now in the lead, is eight points.Coach Maurizio Sarri tried to contain the excitement after the match by fighting the ‘Robin Hood’ effect. He said there is no point in beating City and losing points in games against smaller teams.Naturally I was not aiming at Vidi, but in smaller teams of the Premier League. But the speech could also have side effects on Thursday’s Europa League match alert for the blues athletes, who before the classic with City had taken a turn the Wolves (2 to 1).However, the scheduled fixture with Brighton on Sunday, December 16, at the home of the rival, should make Sarri field a team almost entirely reserve in Thursday’s match. 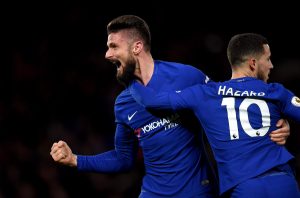 Football Prediction of the Day Vidi vs Chelsea

The first round match of the UEFA Europa League group stage 2018/2019 was the first encounter involving the teams. Chelsea won 1-0.
Chelsea are very likely to use a reserve team and go into a friendly on Thursday, which would even give them a chance to guess at the confrontation. However, Vidi’s performance does not make this option very interesting. In this way, the prognosis in the victory of the English ends up being the best choice for the confrontation.