Already great posters for the Champions League round of 16! After Manchester United – PSG or Tottenham – Dortmund last week, place to shocks between Lyon and Barcelona, Liverpool and Bayern Munich, as well as between Atlético Madrid and Juventus Turin! By recruiting Cristiano Ronaldo in the offseason, the Old Lady has clearly displayed its European ambitions and his considerable lead in Series A offers him once again the opportunity to focus fully on the cup with big ears. The Colchoneros are not opponents within reach of everyone and the odds are also excessively tight for this first leg. But if it is necessary to release a tendency on Wednesday’s shock at the Wanda Metropolitano, the advantage leans clearly side of the Juve, extremely solid this season and probably THE big favorite to the final victory in this LDC! 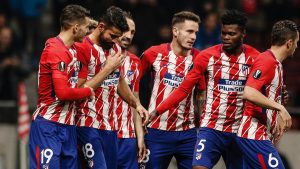 Atletico Madrid seem to be losing a bit of speed: two losses in the last three games, and only four wins in their last 9 games.
The successes were won against clubs like Levante, Huesca, Getafe or Vallecano. All largely within reach of Colchoneros so. When the level rose, the men of Diego Simeone fell, especially on the lawn of Betis (0-1) or at home against Real Madrid (1-3).
This season at home, Atlético has beaten neither Real nor Barça, and this is the case since 2016.
Juventus crushes all in Serie A, with a stratospheric record of 21 wins, 3 draws and no defeat in 24 days!
The Champions League has escaped Juve for far too long, and that’s all but a coincidence to have seen CR7 land in Turin this summer. 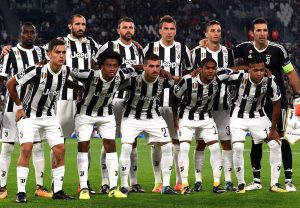 Football Prediction of the Day Atlético Madrid vs Juventus

Atlético’s recent defeat at home against Real Madrid (1-3) is in itself a proof of the limits of Colchoneros this season. Juve are favorites of this double confrontation but the advantage could be taken from this first match in Madrid! Double chance N2.