Porto vs AS Rome betting tips – With a goal scored in the away game, Porto seeks to seize in the first 90 minutes the fate of qualification in the Champions League quarterfinals. The duel on Estádio do Dragao in Porto, between Porto and AS Roma, will start at 22:00.

1. Statistical data to be taken into account before playing Porto vs AS Roma betting tips!

She has been dethroned from the first position in the Portuguese championship, after being impeded several times this year.
He was overtaken even in the last round, after losing on his own field with the current leader, rival Benfica, score 2: 1.
Adrian had the opening score in the match against Benfica, a match in which the hosts failed to achieve anything, although they evolved into numerical superiority on the final of the match.
Since the tournament, lost with the 2: 1 score, has scored 3 wins and 1 defeat in all competitions.

He is in the 5th position in the Serie A, with 44 points, 3 points less than 4th, Inter and 3 points more than the Lazio rival.
She comes after a defeat in front of the deadly rival, Lazio, score 3: 0, in which giallorossa appeared to be overwhelmed by the opponent’s level of play and was unable to put up with them.
He has 2 wins, 1 draw and 2 defeats in the last 5 away games in all competitions, the defeats being severe, 7: 1 in the Italian Cup with Fiorentina and 3: 0 in the derby with Lazio.

2. Latest information before Porto vs AS Rome! 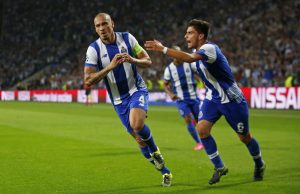 Marega was recovered for the return match, and he was even the title holder in the weekend with Benfica.
Aboubakar remains the only unavailable player of the host band, according to RomaNews. 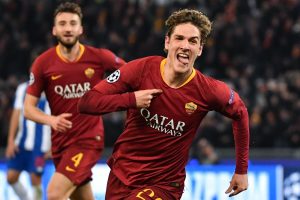 Unavailable for the game with Lazio due to intestinal problems, Manolas is apt for this game, evolving from the first minute.
With mediocre evolutions this season, Fazio seems to have lost his title as an ex, Ivan Marcano.
Under and Pastore could not be summoned for this game because of muscle problems.

3. Porto vs AS Roma Probable Team.

Outside of the tournament, the two teams fought in the 2016/2017 season to join the Champions League groups, with Portugal winning 1: 1 home and 3: 0 in Rome.
In the tour, Rome was by far the team that pushed, the one who took the biggest risks, led to their victory, with the score of 2: 1.
All three goals of the tour came in the 70-80 minutes, Zaniolo scoring a double in 6 minutes, Adrian enlisting the guests’ goal in the 79th minute.

Football Prediction of the Day Arguments Porto vs AS Roma

Porto did not show any more in the tournament, not missing at all as a band able to reach the Champions League quarter-finals, which is why I will bet on the fact that the Italian team will go on.
In fact, FC Porto had only one mission in the tournament, namely, to score in the away, the one that managed, but the gap came after a mistaken execution that found Adrian alone with Olsen.
Porto has a weaker calendar year, which makes Rome, the more experienced team, the semi-finalist in the previous edition, seem to be able to go further in the competition.

Tags Porto vs AS Roma