On Tuesday there will be a second leg between Juventus and Ajax Amsterdam. After a 1-1 in Amsterdam, the Italians go with a slightly better starting position in the return leg, but thanks to the offensive strength of the Dutch can not weigh in security. As in Madrid, Ajax wants to surprise everyone, especially from the outside, and move into the semi-finals.

Does Juventus Turin do better than the Royal ones?

For years Turin have been among the best teams in Europe and have been able to reach the final twice in the last 4 years. However, both finals were lost and the Italians have since 1996 to hope for a triumph in the Champions League. In the group stage they secured first place in a strong group against Manchester United, Valencia CF and Young Boys Bern. 4 wins and 2 losses were the balance after the 6 games played. In the second round, Atletico Madrid was the real heavyweight in European football. The finalist of 2016 and European League winner from last year put the home with a 2: 0 the cornerstone for the promotion to the quarterfinals. The Turin looked battered and not up to the task in Madrid. However, at the home game at Juventus Stadium, the body language looked very different again, and Juventus dominated the game from the start. With a towering Cristiano Ronaldo, they secured a 3-0 victory to reach the semi-finals, where Ajax Amsterdam is a young talented team. With a solid 1-1 away, Juventus now have the chance to win this game at home and make it to the semi-finals once more. With Cristiano Ronaldo (6 goals) and Paulo Dybala (5 goals), two of the top goalscorers in the UEFA Champions League stand in their ranks.

In the league Juventus Torino is quasi for weeks as a champion, but could not fix this title at the weekend. By a 1: 2 defeat away from the newly promoted SPAL, the championship celebrations moved again. It was already the 2 defeat in the last 5 games for the Bianconeri. At home you had to accept only one defeat in league and Champions League. A 1: 2 Manchester United win in November last year has since been the only defeat at Juventus Stadium. Since 2 Champions League home games you are also without a clean sheet. 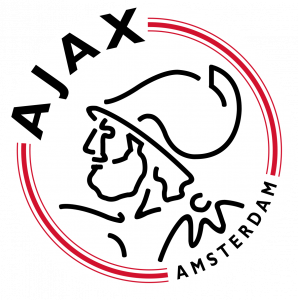 Will Ajax Amsterdam throw the next “big one” out of the competition?

The traditional team from Amsterdam is one of the surprises in this Champions League season. In a heavy group with Bayern Munich, Benfica Lisbon and AEK Athens sat down with a strong 12 points as group runners behind the Germans. It could already be seen that this young troupe brings an incredible potential, but the big Bayern could not win both games. Already at that time one belonged with 11 hits to the better offensive teams. This form should be crowned but only in the second round against Real Madrid. After a 1: 2 home defeat against the last three winners, they swept away from Madrid as if they had never done anything else. They score 4 goals in the Santiago Bernabeu and the related promotion to the quarter-finals. There you got with Juventus Turin the next big opponent zugelost. With the 1-1 home team could not achieve a perfect result, but has in Turin the chance to play their speed perfectly in the form of counter goals. With Dusan Tadic (6Tore), they are also one of the best goalscorer in the Champions League. In the league, the team could also recapture the league standings and have scored in the last 4 games, a total of 18 goals.

The form of the Amsterdamer has been correct in recent weeks, with a 3: 1 against PSV, the league leaders were conquered two weeks ago. They have also been unbeaten in four matches and thus have a perfect record in the league. The main strength in the Champions League is above all abroad. Because there you did not lose any of the 4 games, and could win 2.

This game is a duel between two absolute traditional teams in Europe. At the same time, they are among the most successful with many titles. They met 13 times, in most duels the Italians prevailed. Juventus won 8 matches and lost only twice. In Turin, the Italians are still unbeaten and have 5 wins in 6 games. In the last 2 matches Ajax Amsterdam also scored no goal.

Football Prediction of the Day Juventus vs Ajax

To give a tip on a winner in the quarter-finals of the UEFA Champions League seems very difficult. However, with the home strength of Juventus and the greater experience we would easily prefer them. A tip on both teams or over 2.5 goals, we would still prefer. The good offensive series of Ajax hit in each game in this Champions League and will continue in Turin.